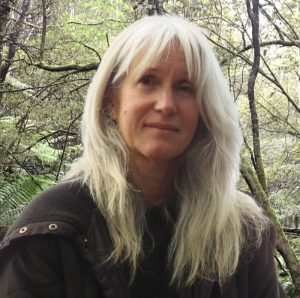 Ingrid Ramsdale was born in Sydney, Australia but spent her early childhood years in Papua New Guinea. Living in the remote countryside in the 1960s without television, Ingrid had books, imaginary friends, and make-believe play as her entertainment. Her parents instilled a love of reading into her and her siblings from a young age. Books, rather than sweets or toys, were given as a reward for their achievements and good behaviour.

One of Ingrid’s favourite childhood games was to pretend to be a teacher, and that game became a reality when she later graduated with a Bachelor of Education and spent twenty years teaching in the primary, secondary and TAFE sectors in Queensland and Tasmania. 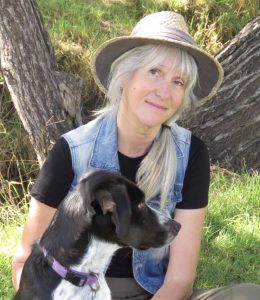 Along with her teaching career, Ingrid followed her love of nutrition and health. After gaining a postgraduate diploma in Clinical Nutrition, she went on to run a practice while still working full time as an English teacher. Her love of nutrition led her to establishing a wellbeing centre with her pharmacist husband, Michael. This included Michael’s pharmacy, a doctor’s surgery, a dentist, allied health, and complementary medicine practitioners.

In 2015, Ingrid’s life changed dramatically after a freak accident while travelling in the Australian Outback. Ingrid was standing under a waterfall, when the force of the water caused a dissection of her carotid artery. Thankfully, she was flown to Perth by the Australian Flying Doctors where she could receive medical attention.

Unfortunately, the accident left Ingrid with damage to her cranial nerves. Intense sensitivity to light, noise and stimulation forced her into a reclusive lifestyle. Talking on the telephone, looking at a computer screen, catching up with friends, and even the joy of playing with her grandchildren, was extremely debilitating. As a result, Ingrid spent her days gardening, cooking, walking, and meditating. But when she found herself slowly slipping into depression, spontaneous creative writing became her saviour. Ingrid enrolled in a course called Unlocking Creativity and began writing using traditional pen and paper—a computer screen was far too stimulating.

Soon, she found herself returning to the world of her own imagination that she loved so much as a child. After her mother piqued her interest in her Huguenot ancestry, Ingrid’s novel Emilie started to take shape. When she immersed herself in Emilie’s world, she was transported back in time and her pain somehow diminished. The more she wrote, the more she began to heal. And today, Ingrid credits her novel Emilie for allowing her to live a more productive life.

’Emilie took me on a journey of suffering, resilience and self-discovery.’

Ingrid plans to write a sequel to Emilie, and if her readers enjoy and connect with her characters, she would like to continue the family saga to modern day Australia.

Emilie is an impressive debut novel, congratulations! The choice of present tense works to make history more immediate, and you carry this through seamlessly.

Author of Into The World & Josephine’s Garden

Copyright © 2022 Ingrid Ramsdale
We use cookies on our website to give you the most relevant experience by remembering your preferences and repeat visits. By clicking “Accept”, you consent to the use of ALL the cookies.
Cookie settingsACCEPT
Manage consent

This website uses cookies to improve your experience while you navigate through the website. Out of these, the cookies that are categorized as necessary are stored on your browser as they are essential for the working of basic functionalities of the website. We also use third-party cookies that help us analyze and understand how you use this website. These cookies will be stored in your browser only with your consent. You also have the option to opt-out of these cookies. But opting out of some of these cookies may affect your browsing experience.
Necessary Always Enabled
Necessary cookies are absolutely essential for the website to function properly. These cookies ensure basic functionalities and security features of the website, anonymously.
Functional
Functional cookies help to perform certain functionalities like sharing the content of the website on social media platforms, collect feedbacks, and other third-party features.
Performance
Performance cookies are used to understand and analyze the key performance indexes of the website which helps in delivering a better user experience for the visitors.
Analytics
Analytical cookies are used to understand how visitors interact with the website. These cookies help provide information on metrics the number of visitors, bounce rate, traffic source, etc.
Advertisement
Advertisement cookies are used to provide visitors with relevant ads and marketing campaigns. These cookies track visitors across websites and collect information to provide customized ads.
Others
Other uncategorized cookies are those that are being analyzed and have not been classified into a category as yet.
SAVE & ACCEPT